Del Mar, CA … Hundreds of fun-loving folks enjoyed a wild west fest at the June 22, 2017 Don Diego Scholarship Foundation Gala and Concert at the San Diego County Fair. The event began with free Preferred Parking and culminated with VIP seating at the coveted Frankie Valli and The Four Seasons concert at the Grandstand. 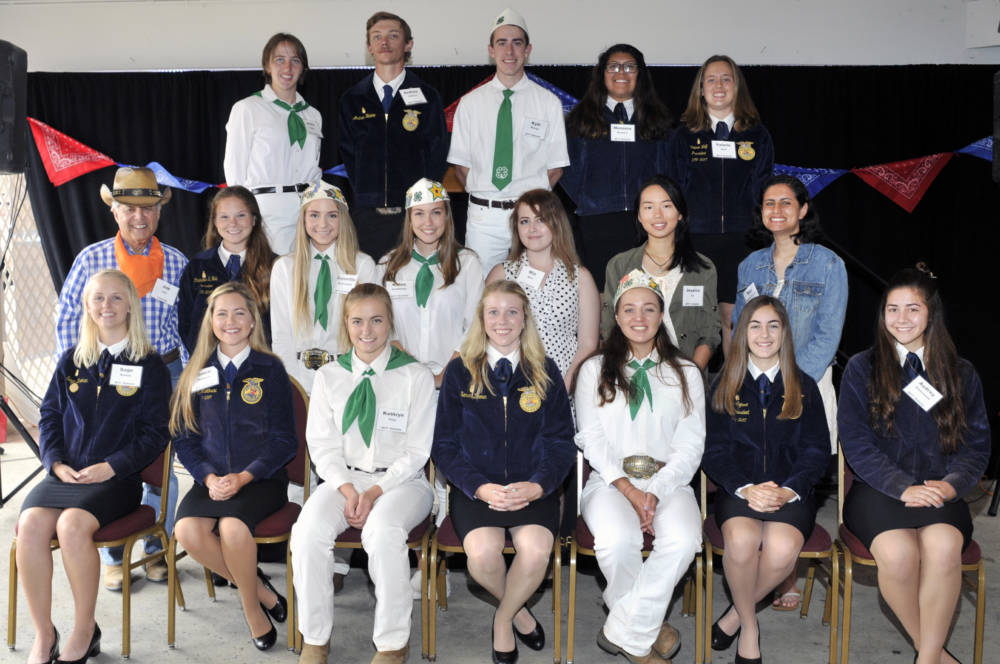 In keeping with the Fair’s “Where the West is Fun” theme, many Board members and guests sported colorful western attire, including cowboy hats, unique belt buckles, country-western dresses and, of course, beautifully embellished boots. With an unprecedented 26 Scholars from around the county receiving a total of $63,500 in 2017 college scholarships, the large-scale event was held in the Infield Pavilion, where a hosted bar and delicious array of grilling and grazing stations beckoned.

Sarah eloquently told the crowd what winning the $5,000 FFA and $5,000 Spanjian scholarships meant to her as she departs for Oklahoma State University. She said, “My FFA and San Diego County Fair experiences have helped shape me as a person. On behalf of all 2017 recipients, I would like to thank the Don Diego donors whose generosity is making it possible for us to pursue our dreams.”

To keep the monetary momentum going in support of next year’s cream of the crop recipients, Board member and ebullient auctioneer Frederick Schenk conducted a live auction of one-of-a-kind items, including a Phil Mickelson-autographed pin flag from the 2004 Master’s and a Blue Ribbon Lamb from the Fair. One lucky bidder was fellow Board member Paul Ecke III, who won a prized Toby Keith-signed guitar. Asked if he is a fan of the musician, Paul Ecke quipped, “You bet your Red Solo Cup, I am!”

The Don Diego Scholarship Foundation was named for Don Diego, AKA Tom Hernandez, who served as the Fair’s welcoming goodwill ambassador from 1947-1984. To date since its inception in 1986, the Foundation has awarded approximately $797,000 in scholarships to 177 students and in agriculture education grants. Information on Don Diego’s history and the Foundation’s current programs and donation opportunities is at staging.dondiegoscholarship.org and facebook.com/DonDiegoScholarship.