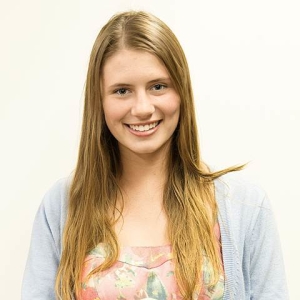 “The Fair is so much a part of my life. So is dance. Together, they led to two Don Diego scholarships! The money makes a monumental difference.” TESSA ADLER RECEIVES DUAL $10,000 DON DIEGO SCHOLARSHIP

Del Mar, CA … Point Loma High School senior Tessa Evangeline Adler is first on many levels. She graduates first in her class of 427 with a 4.85 GPA, garnering first-place awards in essay contests and in other academic and extracurricular pursuits. She is bound to earn many firsts at Yale, where she plans to major in Chemical Engineering on her way to a career in which she plans to unleash “the power and potential of engineering to promote peace and well-being across the globe.” And she will attend Yale on a Don Diego Scholarship Foundation $5,000 Fair Exhibitor scholarship augmented by the very first Don Diego Spanjian Family Foundation $5,000 scholarship awarded to the ‘best of the best’ of the four 2013 recipients.

The Don Diego Scholarship Foundation is the nonprofit arm of the San Diego County Fair. The Spanjian Family Foundation scholarship honors Don Diego founder Robert Spanjian, who has served as Secretary-Treasurer since the Foundation’s inception in 1986.

Tessa and the other three 2013 scholarship recipients will be recognized at the Don Diego Steve Miller Band Dinner and Concert Gala taking place on June 15, 2013 at the Fair. Tickets are available at staging.dondiegoscholarship.org.

The news of the total $10,000 Don Diego award excited Tessa. She says, “Yale tuition is $60,000 per year, more than my family can afford. Yale is not offering me any aid. I save my earnings from working as assistant teacher at the Creative Dance Theatre, and I will hold a job at Yale as a research assistant. Nevertheless, my parents told me to anticipate taking out up to $100,000 in student loans over my four years.”

Tessa, a bright and lithe spirit, is a longtime Fair participant. She relates, “I’m so grateful that I’ve had the opportunity for 15 years – since I was three! – to perform with Creative Dance Theatre and be part of the Fair’s tradition of spreading the San Diego sunshine.”

Tessa’s accumulation of volunteerism is diverse and immense, including Headstart, Habitat for Humanity, St. Vincent de Paul’s Homeless Shelter and San Diego River Watch. She has taken the initiative to find innovative ways to serve. She says, “Last summer, I wanted to make a difference internationally and also become fluent in Spanish, so I spent a month as an intern in Buenos Aires volunteering with orphaned children and the elderly. My first-hand view of the suffering experienced by people in poverty deeply affected me. I want to use my scientific research to benefit people in developing countries.”

At Yale, Tessa plans to major in Chemical Engineering (while learning Swahili and serving with Engineers Without Borders in Kenya) with an international focus. She believes, “Engineers stand at the intersection of science, technology and people.”

AP teacher Patrick McElhaney reports, “Tessa Adler is one of the top five students with whom I have worked during my 18-year career working with gifted students.”

Robert Spanjian says he is delighted to see the first Spanjian scholarship go to a person of Tessa’s high caliber. He says, “As a student and as a human being, Tessa is extraordinary. She sets a very high bar for future Spanjian recipients. My fellow Board members and I know Tessa will accomplish great things; for herself and for others.”

Tessa says she is still absorbing the reality of the combined $10,000 award.“The Fair is so much a part of my life. So is dance. I never dreamed that these two things would come together for me and lead not to one but two scholarships. The money makes a huge difference. I appreciate Don Diego’s confidence in me.”

The Don Diego Scholarship Foundation has awarded more than $600,000 in college scholarships and grants for agricultural education since 1986. Annual scholarships support students who are ambassadors for the county, academically and through their achievements. Funds are raised through an annual gala, the Amigo Club, which offers entrance to year-round Fairgrounds events for just $99, and donations. For more information, please visit staging.dondiegoscholarship.org and follow Don Diego at http://www.facebook.com/#!/pages/Don-Diego-Scholarship-Foundation/140722662654337. #30