Don Diego Gala at the Fair Sparkles with Surprises 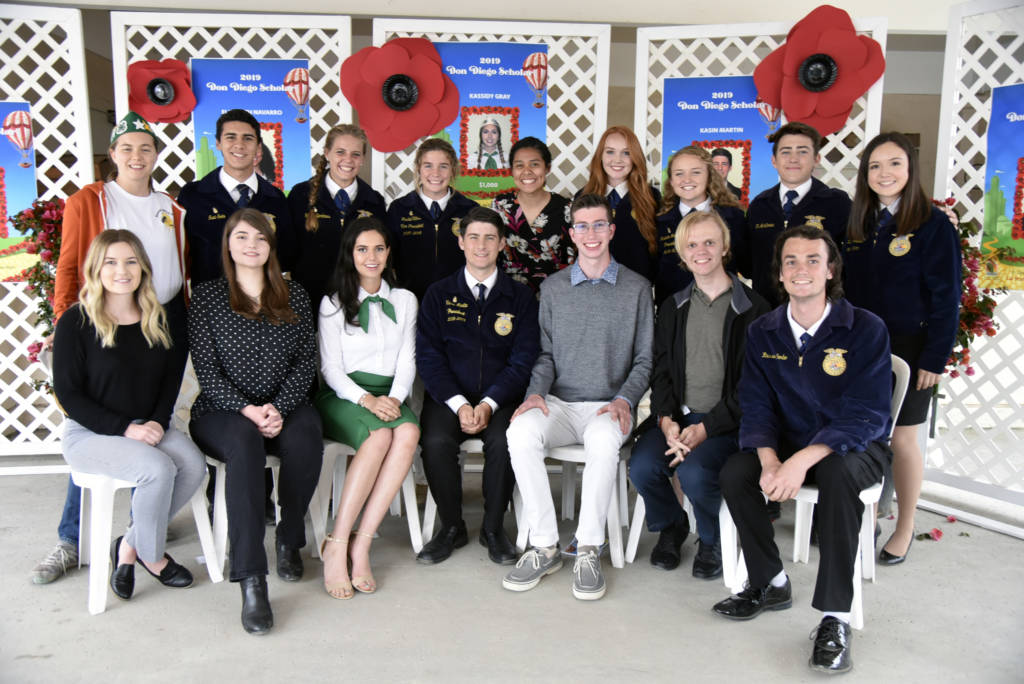 The whimsical décor of the Infield Pavilion provided a colorful backdrop for delectable dining, presentation of 2019 Scholars, and a lively auction featuring such unique opportunities as Del Mar Thoroughbred Club Turf Club membership, 50-yard-line tickets to an upcoming USC-Oregon football game and an adventure flight in the “Yellow Peril” two-seater piloted by Board member, Rear Admiral Ret. Russ Penniman.

To celebrate surpassing $1 million in total funds raised over the years, the Board unveiled a new Matching Named Scholarship opportunity, which will kickstart efforts to begin raising its second million to support future outstanding students pursuing ambitious college and career goals. A donation of $25,000 or more will be matched by the Foundation, thus doubling the value of the donor’s perpetual Named Scholarship.

When Board Member/Auctioneer Frederick Schenck announced a special Gala-Night-0nly two-for-one donation match, Board member Glenn Drown immediately stepped up to the challenge. To widespread applause, he enthusiastically pledged $25,000 to create a $75,000 Bill and Elizabeth Tulloch Family Scholarship in honor of his Ramona family’s longtime agricultural contributions. Then Board member George Karetas, hugging his wife Patricia, immediately stood, again to acclaim, to announce two additional $25,000 pledges to create a $75,000 Jeannie and Gerry Ranglas Scholarship honoring these San Diego philanthropists as well as a $75,000 Patricia and George Karetas Scholarship.

Top $10,000 Scholar Russell Sorbo spoke on behalf of 2019’s 23 recipients, saying, “Thank you so very much for your generosity and this great opportunity!”

All in attendance agreed that the 2019 Don Diego Gala was a one-in-a-million event!

The Don Diego Scholarship Foundation was named for Don Diego, AKA Tom Hernandez, who served as the Fair’s welcoming goodwill ambassador from 1947-1984.
To date since its inception in 1986, the Foundation has awarded approximately $1,040,000 in scholarships to 257 students and in agriculture education grants. More information is at www.staging.dondiegoscholarship.org.