Del Mar, CA …      Four exceptional San Diego County high school seniors will embark on college careers supported by sizable scholarships from the Don Diego Scholarship Foundation, the nonprofit arm of the San Diego County Fair. They will be recognized at the exclusive Don Diego Steve Miller Band Dinner and Concert Gala on June 15, 2013 at the Fair. Tickets are available at staging.dondiegoscholarship.org.

Winning a $5,000 scholarship in their category are: Brooke Buckley, Fair Employee; Scott Jacobson, 4H; Matthew Kelly, FFA. In addition to winning a $5,000 Fair Exhibitor scholarship, Tessa Adler is the inaugural recipient of a $5,000 Spanjian Family Scholarship, for a total $10,000 award. This newly created endowment honors Don Diego founder Robert Spanjian. He has served as Secretary-Treasurer since the Foundation’s inception in 1986.

Spanjian, who as a longtime judge of finalists often dipped into his own pocket to provide additional funding to a student he considered outstanding, says he is delighted that the first Spanjian award goes to Tessa. He states, “Tessa deserves the additional $5,000. She has been accepted to Yale, where the tuition is $60,000 per year; more than her family can afford. She has saved for years to attend this prestigious university and plans to work as a research assistant to help cover tuition, but without Yale-provided aid, $100,000 in student loans over the next four years looms over her head. The $10,000 from Don Diego will help her immensely. We are confident Tessa’s future accomplishments will help our community, and the world.”

Tessa Adler is graduating first in her Point Loma High School class of 427 with a 4.85 GPA while excelling in sports and other extracurricular activities, working in several capacities and volunteering at many worthwhile organizations. She has garnered an impressive list of recognitions, including All-Academic Sports Team, Harvard Prize Book Award, Rotary Youth Leadership Award and several essay contests. This articulate and ambitious young woman plans to major in Chemical Engineering (while learning Swahili and serving with Engineers Without Borders in Kenya) with an international focus. She says, “Engineers stand at the intersection of science, technology and people. I believe in the potential of engineering to promote peace and well-being across the globe.”

Brooke Buckley credits her supportive mom, Lori, and grandmother, Carolyn, for inspiring her to “do great things.” She earned a 3.88 GPA at Rancho Buena Vista High School, participated in cheerleading, dance and other activities, impressed her supervisors at the Fair, where she has worked in Exhibits and as Ticket Taker, and summoned the boundless energy to volunteer in several capacities. Brooke will attend St. Edward’s University in Austin, where she will major in Psychology on her way toward becoming an orthopedic surgeon or psychiatrist. She says, “I was taught that with hard work, good grades and a healthy life, I could achieve the greatest success. I gave myself the best education possible to achieve my goals.” When faced with a learning curve at her Fair job, Brooke dug in, reasoning, “What’s success without a challenge?!”

Scott Jacobson, who has raised 18 pigs, five lambs and two steers since joining 4H at the age of nine, is using his Don Diego scholarship to propel himself from Canyon Crest Academy to the University of Wyoming at Laramie, where he will major in Agricultural/Animal Science. He says, “I want to combine my passion for livestock and exotic animals, encouraging governments around the world to develop conservation programs that allow exotics and livestock to co-exist.” Scott, who graduates with a 3.48 GPA, confides, “I was diagnosed with Dyslexia and ADHD at an early age, but my mom never let me use this as an excuse to not do well in school and set goals.” He has been steeped in the Fair and agriculture “since before I was born; I literally grew up in the Livestock Department where my mother was Livestock Coordinator.”

FFA standout Matthew Kelly calls his considerable time spent at the Fair “my happiest moments” as he recalls showing his first pig, Kevin Bacon. Graduating with a 3.3 GPA from Poway High School, Matthew says, “I will attend Iowa State University to start my transition from a Future Farmer of America to a True Farmer of America.” His FFA attainments are a veritable ‘who’s who’ of the organization. He has served as President and Treasurer of his Poway chapter and Vice President of the San Diego Section, all while becoming scuba-certified, earning a Boy Scout Life Achievement award, restoring a motorcycle, and owning “two chinchillas, one leopard gecko, three hamsters, one dog, one desert tortoise and one very mean iguana.” This self-described entrepreneur plans to major in Agriculture Business/Animal Science.

Foundation Chair Paul Ecke III says, “This year’s crop of Don Diego recipients is particularly impressive. We received a record number of applicants and interviewed three finalists in each category, who were selected after a comprehensive, rigorous application process. Our task was challenging. We awarded scholarships to the four most outstanding students, including the ‘best of the best’ Spanjian scholarship to Tessa Adler. We are eager to follow the paths of these scholars as they move forward to accomplish great things.”

Ecke concludes, “Each 2013 recipient embodies the qualities of the man for whom our Foundation is named: Don Diego, AKA Tom Hernandez, who served as the Fair’s welcoming goodwill ambassador from 1947-1984. He would be pleased.”

The Don Diego Scholarship Foundation has awarded more than $600,000 in college scholarships and grants for agricultural education since 1986. Annual scholarships support students who are ambassadors for the county, academically and through their achievements. Funds are raised through an annual gala, the Amigo Club, which offers entrance to year-round Fairgrounds events for just $99, and donations. For more information, please visit staging.dondiegoscholarship.org and follow Don Diego at http://www.facebook.com/#!/pages/Don-Diego-Scholarship-Foundation/140722662654337. 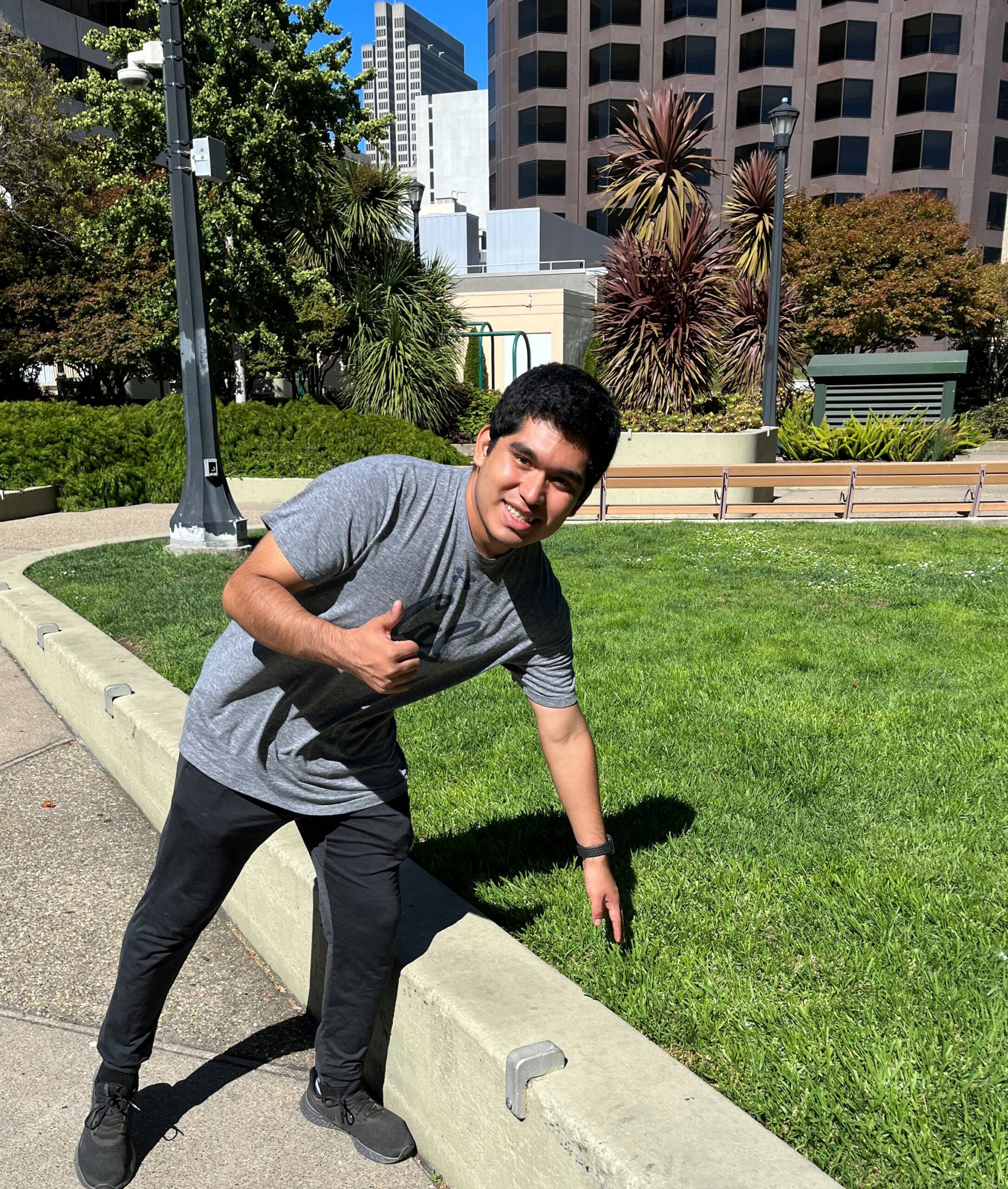 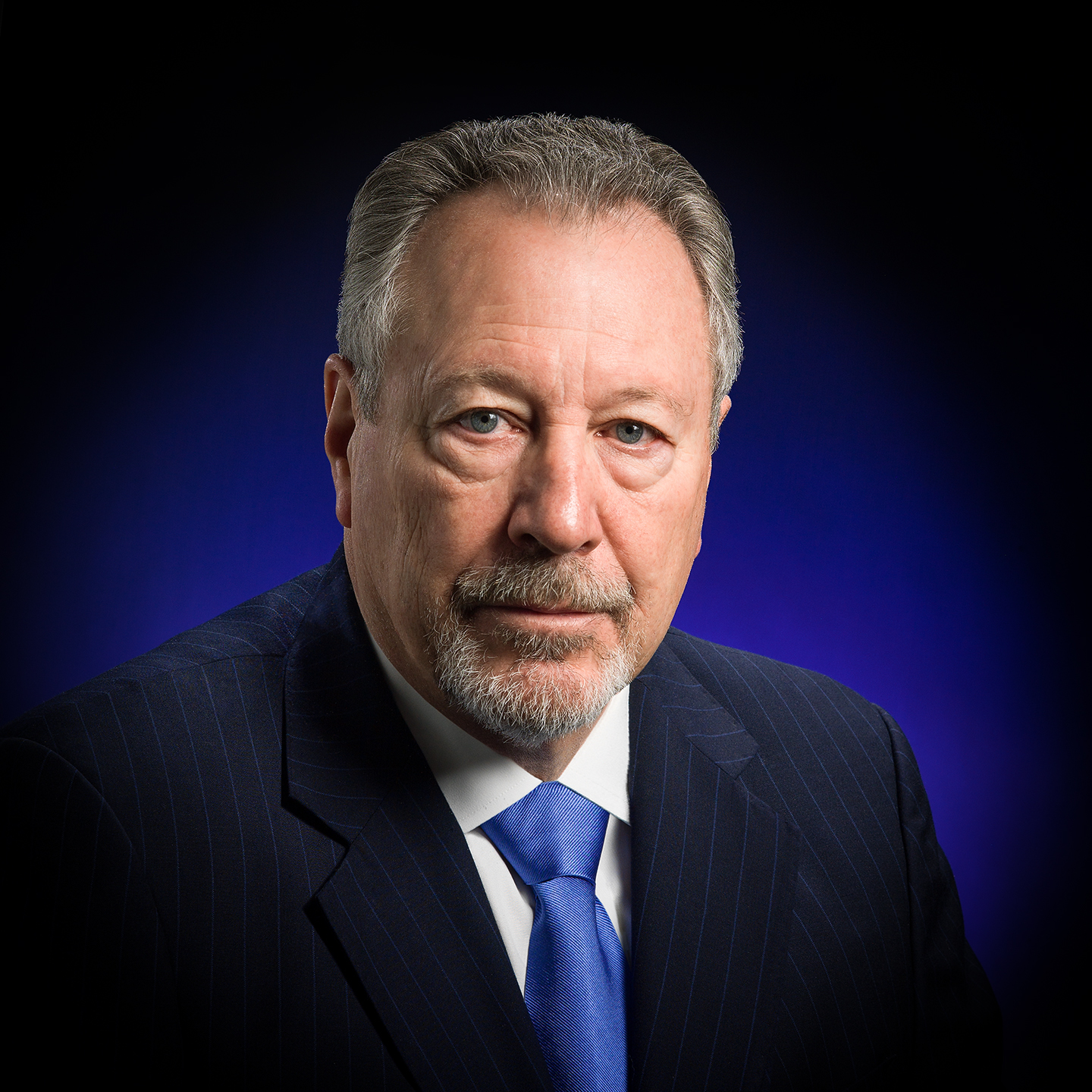 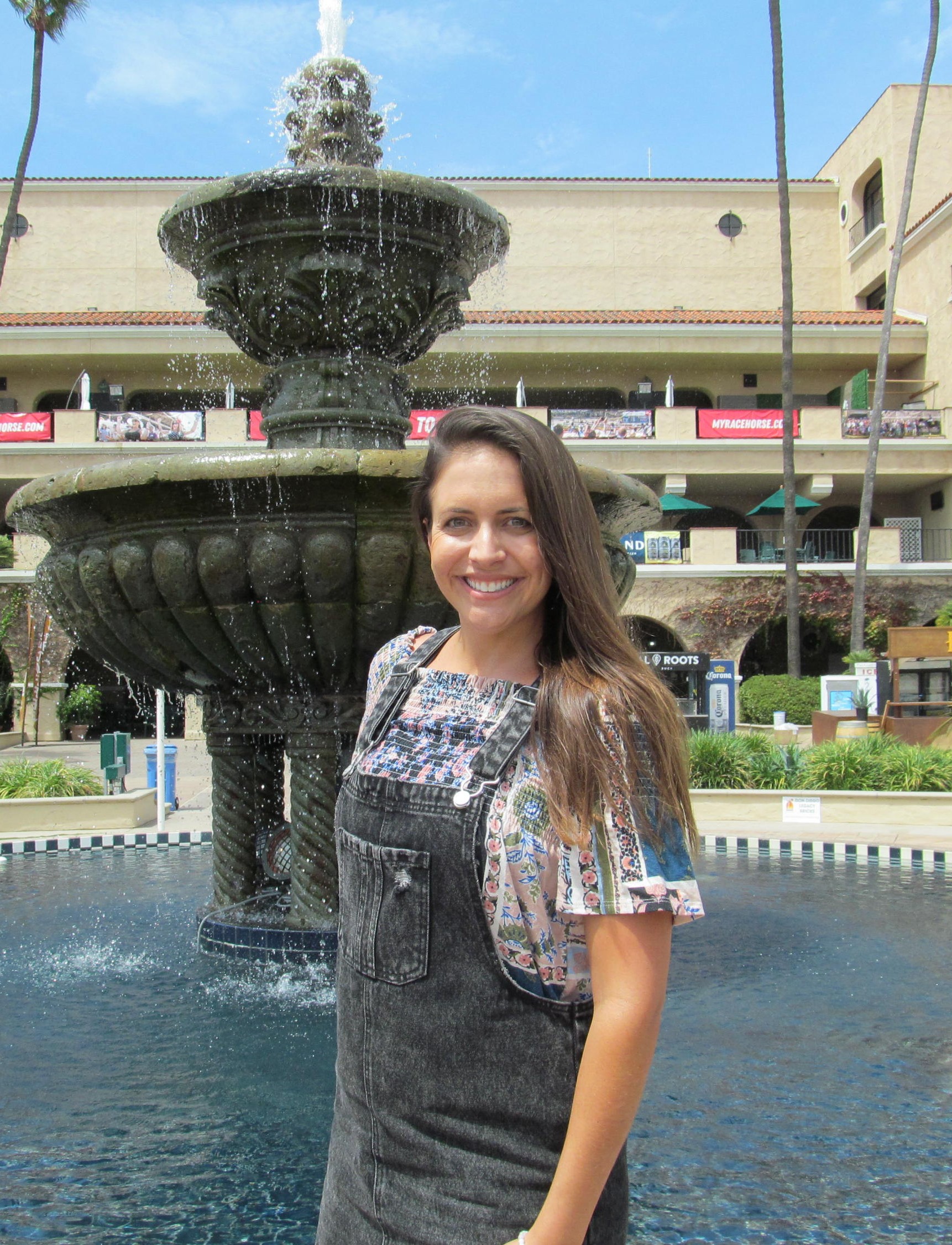 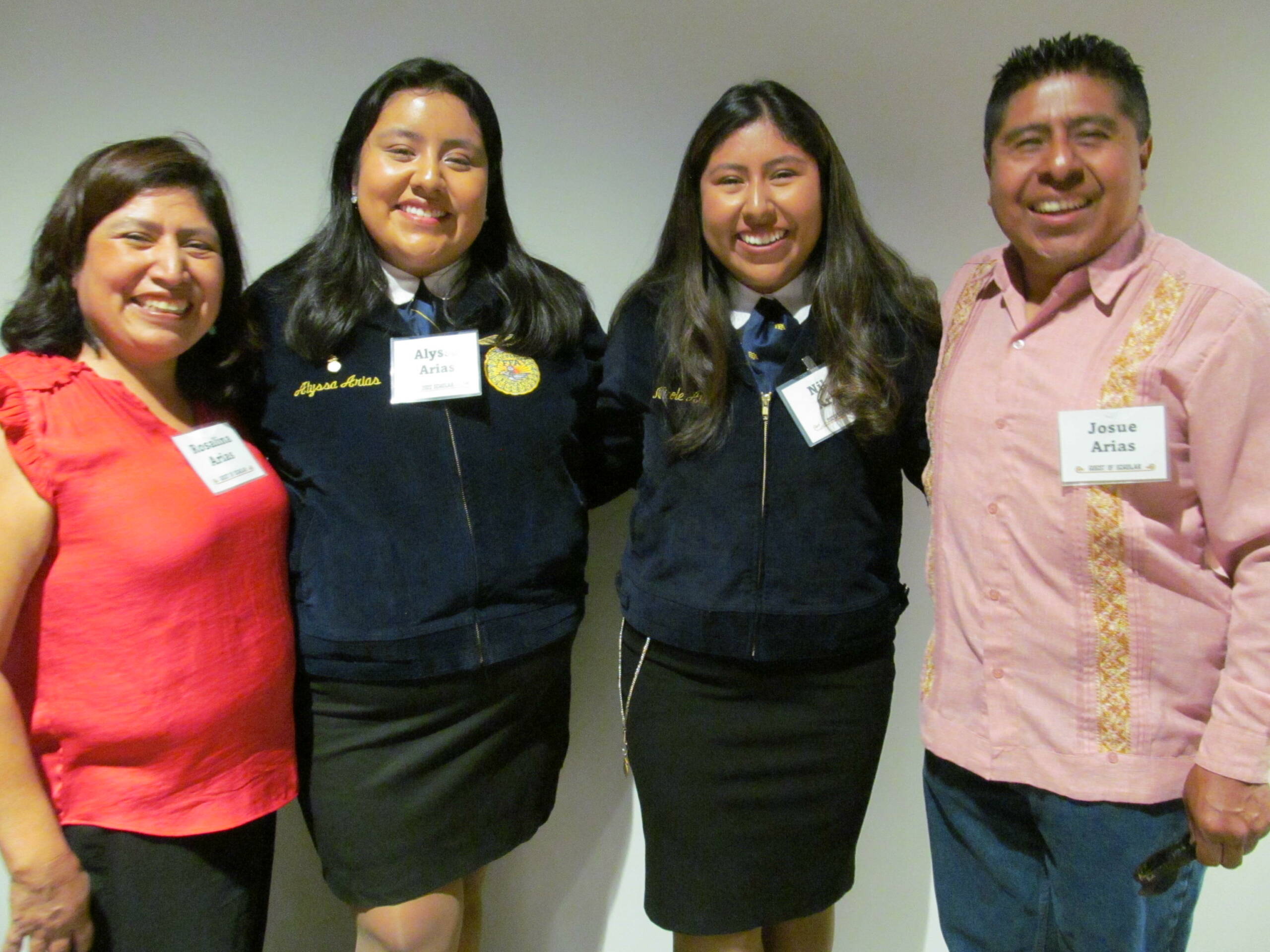 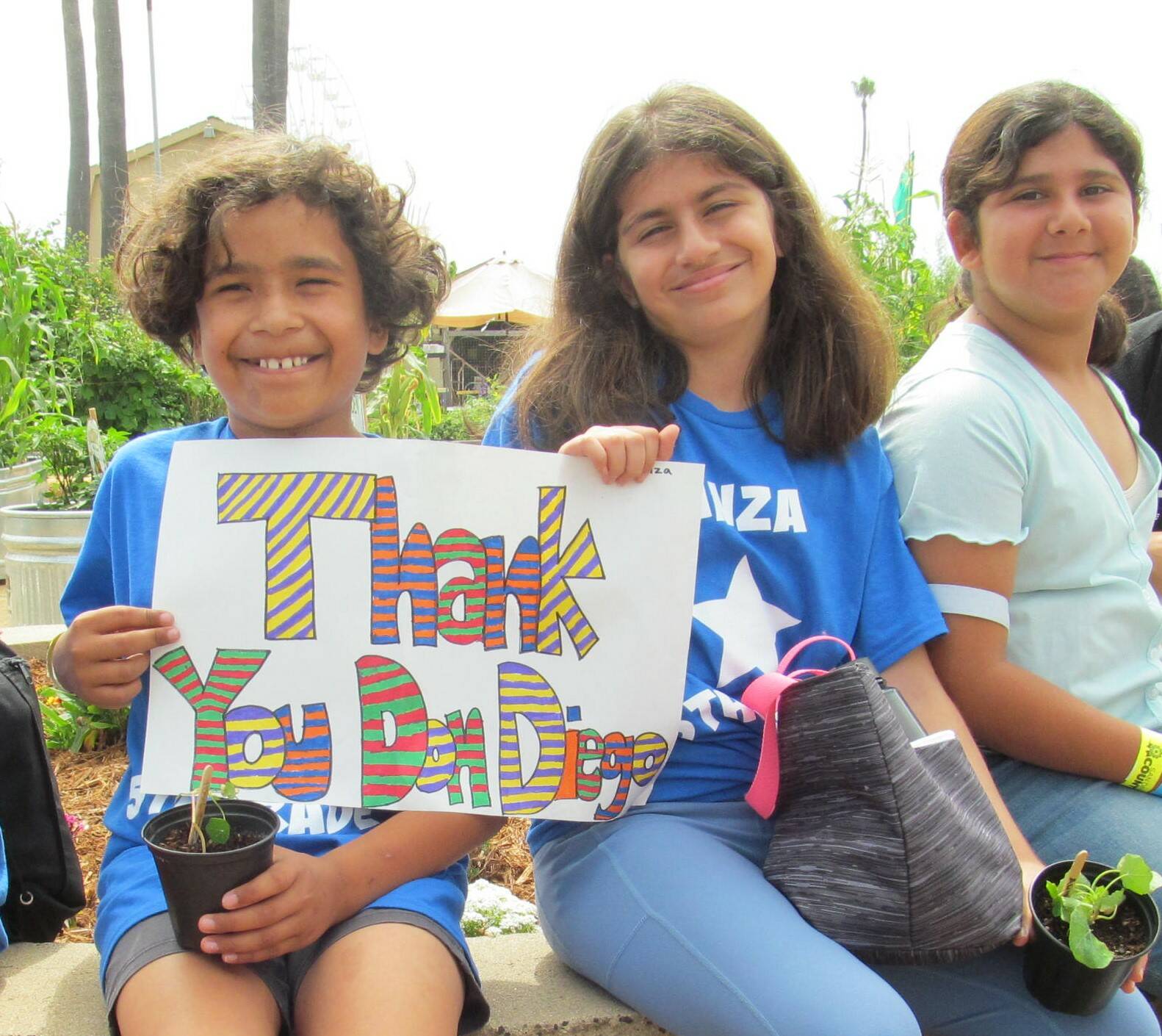