30th Anniversary of Foundation Featured in the Del Mar Times 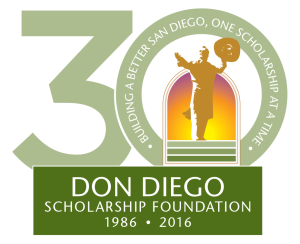 In the mid-1980s, Del Mar Fairgrounds officials brainstormed about a suitable tribute to actor Tom Hernandez, who had recently passed away from leukemia after portraying the character of Don Diego, the fair’s goodwill ambassador, for 37 years.

The idea they came up with – a scholarship fund named after the late actor – proved to be a durable one. This year, the Don Diego Scholarship Foundation celebrates its 30th anniversary. . .

Read the rest of this story in the Del Mar Times